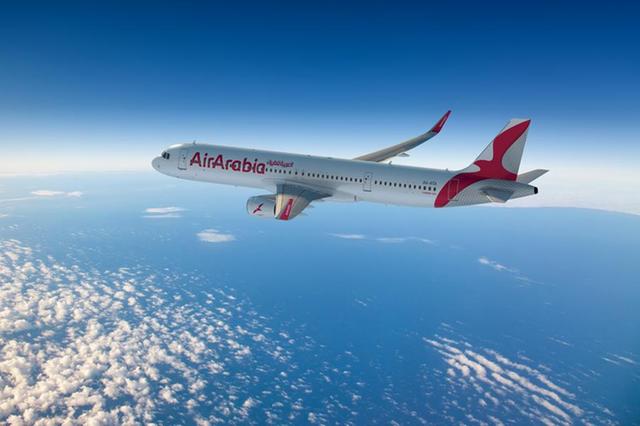 Air Arabia shareholders approved the dividend distribution of 8.5 percent of share capital for the financial year ending December 31, 2021, at the company’s Annual General Meeting (AGM) in Sharjah today. The dividend, which is equivalent to 8.5 fils per share, mirrors yet another year of record financial performance by the award-winning low-cost carrier.

The recommendation of the Board of Directors follows the airline’s strong financial results despite the pandemic impact in the year ending December 31, 2021, with Air Arabia posting a net profit of AED 720 million, an increase of 475% compared to 2020.

During the AGM, the assembly approved the report of the company’s auditors for the financial year ending December 31, 2021, as well as the balance sheet and profit and loss accounts for the same period.

The Board of Directors and auditors of the company were also discharged from liability for the financial year ending December 31, 2021, while auditors for the next fiscal year were appointed and their remuneration fixed.

Sheikh Abdullah Bin Mohammed Al Thani, Chairman of Air Arabia, said: “I take this opportunity to thank our shareholders for their trust in us and the Air Arabia Group’s employees for their exceptional performance. Despite the challenges of the past two years, we achieve robust results in 2021, a testament to the strong business model we operate. As the global economy continues to be impacted by current enduring challenges, we remain focused on driving operational efficiency across our business and committed to unlock further opportunities for the low-cost model in this region.”

Air Arabia added 44 new routes to its global network in 2021 from its five operating hubs in the UAE, Morocco and Egypt. The carrier took delivery of one brand new Airbus A321 neo LR airplane bringing its total fleet size to 58 operating to over 187 routes across the Middle East, Africa, Asia and Europe.

In 2021, Air Arabia Group also announced the signing of an agreement with the Armenian National Interests Fund (ANIF) to launch Armenia’s national airline “Fly Arna”. Another joint venture was also announced with Lakson Group, one of Pakistan’s leading business conglomerates, to launch “Fly Jinnah” a new low-cost airline based in Pakistan. Both new joint ventures are managed by Air Arabia Group and will follow the same low-cost business model providing its customer base with a reliable operation and value-driven product.